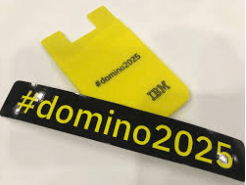 I attended the live jam session when the show came to Toronto a few weeks back. I have been reading blog posts from others who have attended these sessions.  Everyone is trying to be positive, which is a good thing.

IBM stressed that the arrangement with HCL represented significant investment in Notes and Domino. I asked “how much?”.   The answer back was that IBM does not release that kind of info.  That’s too bad, as quantifying it would go a long way to suppressing rumors it is a cost cutting measure vs a strategic investment.

At the Toronto event I counted 8 attendees. About half customers and half partners.  Considering the GTA is one of the most densely populated cities in North America I would have expected more people to attend.  I was told off the record that more would have attended if more people had known about it. Seeing the pics from Europe and the USA events it seems like the attendance was consistent with other major cities.

The attendees were divided up into groups and we brainstormed ideas with sticky notes and sharpies.  We then categorized them and IBM took that feedback with them. 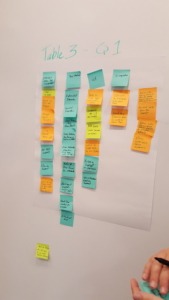 Overall the session was quite good, however I did notice the attendance dwindled when we moved from talking about apps in the morning session to email in the afternoon.  They took the group picture at lunch time, because a large portion of the group indicated they could not stay for the afternoon.  eMail does not seem to be a big draw these days.

Feedback from the jams will be collected and help to feed a roadmap for Notes and Domino that will be unveiled at the Think conference in Vegas in the spring.

Domino is one of the supported platforms for DOCOVA. Nothing would make us happier than to see it make a comeback.